New York, August 28, 2012 – Peppercomm today announced that four staff members have had royal titles bestowed on them. The four are:

Cody said the firm has also declared August 31st as National Comedy in Business Day. “The general public celebrates April Fool’s Day as a national day of mirth and merriment. We believe business executives need their own day and have selected the final day of August. It’s the Yin to April 1st’s Yang, if you like.” Cody explained that countless studies exist proving the bottom-line importance of comedy in business. “Clients in every type of industry see comedy as a distinctive, new strategic advantage to improve team-building and morale, tear down silos and help differentiate the company from its competitive set,” he said. He then added, “Oh, yeah, um, hear ye!”

Peppercom’s royalty will join other staff members, clients and prospects for a night devoted specifically to demonstrating the effectiveness of comedy in business on Thursday, September 13th. “We’ll train four business executives the morning of the event and then have them perform in front of a live audience that same night,” said Cody. “We recently did just that in London and impressed peers of the realm and commoner alike. This service offering is different and bold.

Sir Clayton of Fletcher and I have been ‘field testing’ it for many years, and we’ve perfected its nuances through extensive trial by fire. (We are excited to be the only firm that has dedicated so many a fortnight learning about how to apply comedy skills and business, and we are ready to share what we know with all our royal subjects!” A distracted Cody then added, “Shouldn’t one of you be blowing a bugle now or something?”

Peppercom, Inc., a strategic communications firm headquartered in New York, focuses on understanding the business of a client’s business. In addition to being a full service public relations firm, the agency includes H2O Associates, a digital and interactive firm, whose services complement a solution set that already includes: PepperDigital, PepperCommotions, GreenPepper, Audience Experience and Comedy Experience. Peppercom is currently ranked number 30 on a national industry list by PRWeek and is a finalist for the 2012 PR Week Midsize Agency of the Year. Information about the agency may be found at www.peppercom.com. 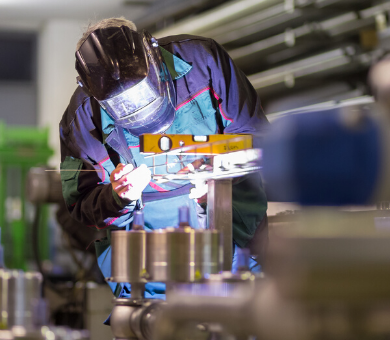 Video: Returning to the Workplace