TEDxEast Explores How We Can “Tinker, Noodle, Obsess” to Unearth Innovations and Resolve Problems

Michelle Rhee, founder of StudentFirst and Matthew B. Crawford, author of ‘Shop Class as Soulcraft,’ among speakers

NEW YORK, February 25, 2011 – TEDxEast, the premier east coast conference that curates industry leaders and thought innovators announced, “Tinker, Noodle, Obsess,” an independently organized TEDx event to be held at The Times Center in the NY Times building on May 9, 2011. During the daylong conference, a select group of influential thoughts leaders and innovators will explore the things that capture our attention and get stuck in our heads or under our skin. The speakers come from diverse backgrounds, each representing the point of view of someone who “tinkers,” “noodles” or “obsesses” with a particular topic or idea.

Curator Julianne Wurm says, “At this event we will explore the ideas, hobbies, obsessions, talents and endeavors – sometimes hidden – that a diverse group of people are tinkering, noodling and obsessing about. With that, we encourage New York’s finest tinkerers, noodlers and obsessors to join us in May.”

The expected crowd of 400 will hear from and network with speakers from all walks of life, including:

TEDxEast was founded by a committee in 2009 that includes Marisa Farnia, Julianne Wurm and Connie Frances Avila. TEDxEast is a bi-annual event that brings together innovators and inspirational speakers to the New York metropolitan area and promotes TED’s mission of “ideas worth spreading.” Operated under license from TED, and true to the format of the TED experience, TEDxEast presenters will give the talk of their lives in 18 minutes or less.

Click here to register for the conference. The talks will also be simulcast live on http://www.tedexeast.com and available via Livestream.

This independent TEDx event is operated under license from TED. To learn more about TEDx, please visit Ted.com/tedx.

TED is a nonprofit organization devoted to Ideas Worth Spreading. Started as a four-day conference in California 26 years ago, TED has grown to support those world-changing ideas with multiple initiatives. At TED, the world’s leading thinkers and doers are asked to give the talk of their lives in 18 minutes. Talks are then made available, free, at TED.com. TED speakers have included Bill Gates, Jane Goodall, Elizabeth Gilbert, Sir Richard Branson, Benoit Mandelbrot, Philippe Starck, Ngozi Okonjo-Iweala, Isabel Allende and former UK Prime Minister Gordon Brown. Two major TED events are held each year: The TED Conference takes place every spring in Long Beach, California (along with a parallel conference, TEDActive, in Palm Springs), and TEDGlobal is held each summer in Edinburgh, Scotland.

TED’s media initiatives include TED.com, where new TEDTalks are posted daily; the new TED Conversations, enabling broad conversations among TED fans; and the Open Translation Project, which provides subtitles and interactive transcripts as well as the ability for any TEDTalk to be translated by volunteers worldwide.

TED has established the annual TED Prize, where exceptional individuals with a wish to change the world are given the opportunity to put their wishes into action; TEDx, which offers individuals or groups a way to host local, self-organized events around the world; and the TED Fellows program, helping world-changing innovators from around the globe to become part of the TED community and, with its help, amplify the impact of their remarkable projects and activities.

Listen to the newest episode of our Fast Pitch podcast! 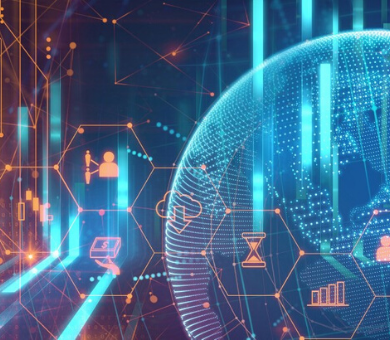