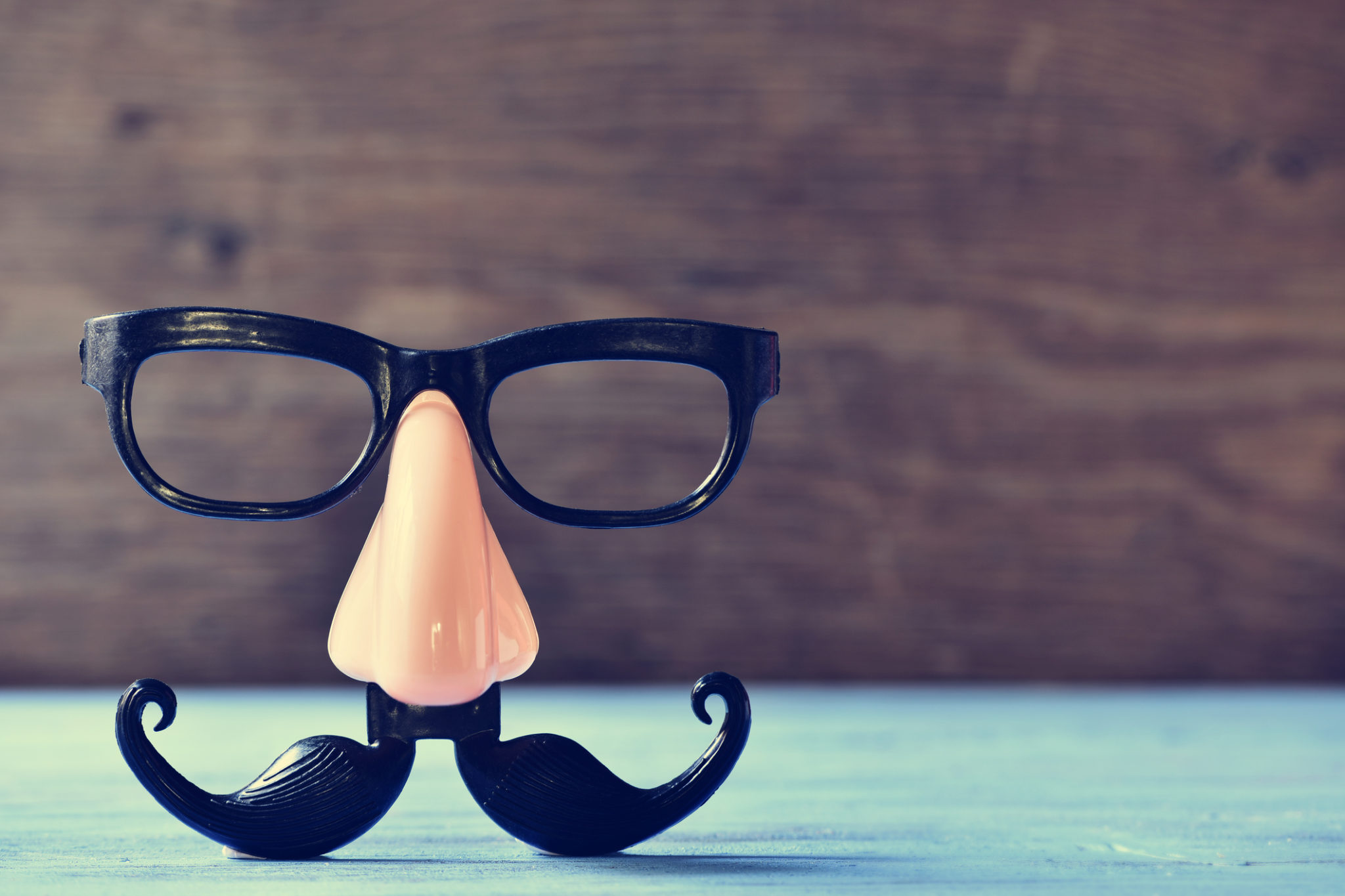 The Joke That Makes or Breaks You at Work

Using humor at the office can boost your status, but only the right kind of humor

Colleagues who make others laugh are seen as more self-confident, competent and higher in status, according to a series of experiments by researchers at the University of Pennsylvania’s Wharton School and Harvard Business School. This conclusion, compelling for the many people who have spent on clothes, cars, credentials or coaching to burnish their image, has gotten some understandable attention recently.

Laughs are a risky path to prestige, however: Tell just one inappropriate joke and your status among peers hits the skids.

Humor is often seen as a sign of intelligence, and delivering a joke well requires sensitivity to others’ moods and tastes. John Thorne often uses self-deprecating humor to elevate his employees’ status among clients. As president of Automotive Events, a Cleveland-based producer of car-related promotions, he’s often the one who wins new clients.

But when he introduces them to the employees who will be organizing and running their events, he jokes, “I don’t actually do anything. It’s these guys who do the work,” he says. When clients laugh, he says, “No seriously, I don’t do anything all day. I’m just here to make sure the coffee is pouring.” The gambit helps clients feel better about the transition to working with someone else, he says.

Telling jokes can make leaders be seen as more confident and competent, but it also can bring executives down to employees’ level, making them seem more human and vulnerable, says Clayton Fletcher, a comedy consultant with Peppercomm, a strategic communications firm in New York City, who has coached Mr. Thorne. Past research has shown the value of workplace humor in easing stress, building rapport and increasing the productivity and creativity of teams.

The Wharton study is the first to assess the impact of joking on an individual’s status at work. Researchers asked a total of 2,300 participants in eight experiments to observe mock ad testimonials, view illustrated job interview transcripts and recall jokes told by co-workers. Participants rated each joke-teller’s status based on such criteria as how respected, powerful, admired and influential the person was likely to be in colleagues’ eyes.

Simply recalling a funny joke by a co-worker elevated the joke-teller’s status in participants’ minds, says T. Bradford Bitterly, a doctoral candidate at Wharton and lead author on the study, published in November in the Journal of Personality and Social Psychology. “It shows how powerful humor can potentially be,” he says.

Twenty-two-year-old Daniel Monarres of San Antonio believes his ability to poke fun at himself during an interview helped him win a slot in a highly competitive graduate program at Texas A&M University’s Mays Business School in College Station, Texas. When the interviewer asked about his hobbies and whether he played golf, Mr. Monarres admitted that he didn’t, then quipped that he served as trainer to his two college roommates, both expert golfers who played on the university team. The interviewer laughed and the conversation ended on a warm note, he says.

Effective humor can trigger abrupt changes in people’s image. A soft-spoken introvert who “out of nowhere, in a deadpan manner, delivers a line that is super-funny,” can rocket to greater influence among co-workers, says Bob Kulhan, founder of Business Improv, a Chicago consulting firm, and author of “Getting to ‘Yes, And,’ ” a new book about using comedic skills at work.

There’s plenty of joking going on in the workplace, and a lot of it is missing the target. While all but 1 of 200 participants surveyed by the Wharton researchers could recall a joke told by a co-worker, they rated nearly one-third of the jokes as inappropriate.

There’s no risk to your reputation in telling an appropriate joke, even if it flops and no one laughs, the Wharton study shows. You’ll still be seen as confident.

Telling an inappropriate joke, however, can do serious damage. Participants in another Wharton study assessed the status of three job seekers who were asked in a simulated interview to suggest a creative use for an old tire.

One drew a laugh by saying, “Someone doing CrossFit could use it for 30 minutes, then tell you about it forever.” The second made an inappropriate joke about turning the tire into condoms, and the third gave a serious response: “Make a tire swing out of it.” Participants rated the first joker highest in status, the serious respondent second and the applicant who made the off-color joke last.

Figuring out whether a joke will fly requires deciding whether it meshes with the setting, listeners’ tastes and their purpose at the moment, says Andrew Tarvin, a New York City workplace humor coach and author who has taught comedy techniques to employees at Procter & Gamble, PricewaterhouseCoopers, GlaxoSmithKline and other companies.

A joke can work even in a somber situation if it relieves tension. A wisecrack can flop badly, however, if the joker disregards listeners’ emotions: A CEO who jokes after a round of layoffs that he’s going to have to get a smaller yacht is likely to come across as aggressive and mean, says Mr. Tarvin. And spouting one-liners in a meeting where participants are intent on solving a complex problem isn’t likely to accomplish much more than annoying people. 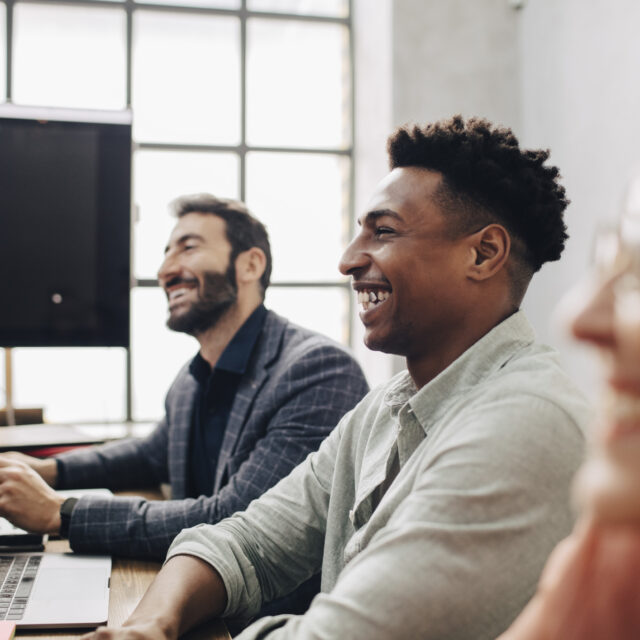 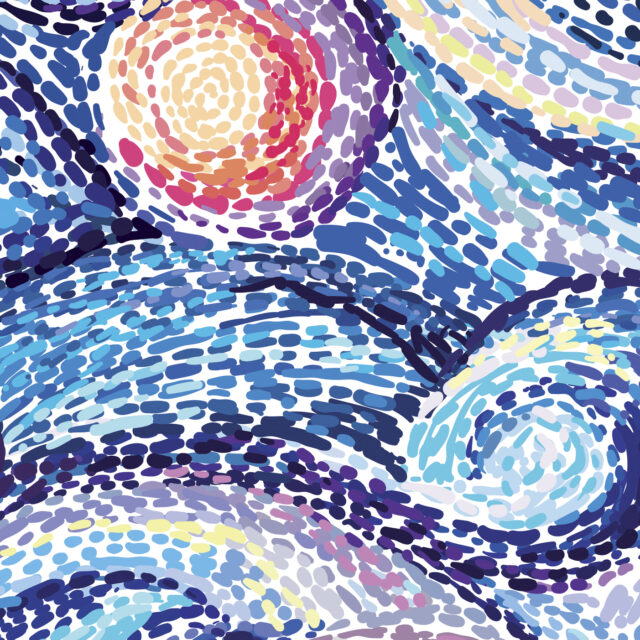 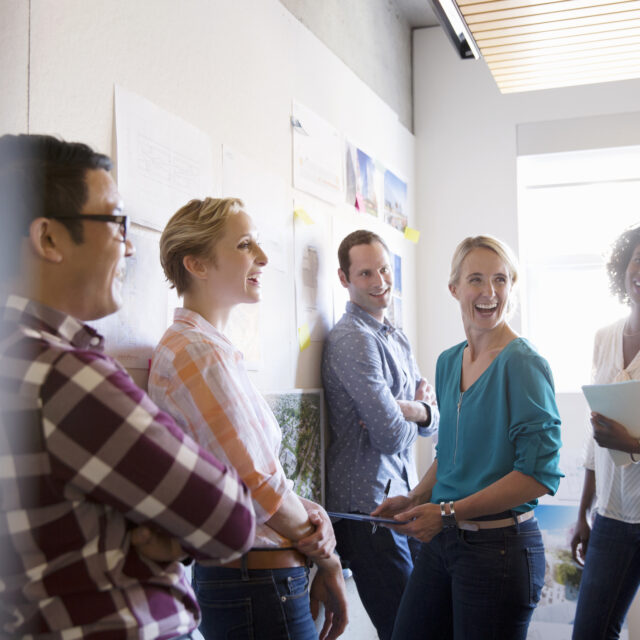