Steve Cody on the Death of Mr. Peanut

This is an excerpt from an article by Peppercomm CEO and founder Steve Cody that ran in CommPro.biz. To read the full article, click here.

There’s insensitive and then there’s the decision by the Kraft Heinz brand Planters to air a highly controversial commercial depicting the funeral of their 104-year-old icon, Mr. Peanut, during this Sunday’s Super Bowl.

The campaign, which debuted earlier this week with a creepy Tweet suggesting that Mr. Peanut had committed suicide was quickly followed by a video depicting an SUV rollover accident in which Mr. Peanut (along with actors Wesley Snipes and Matt Walsh) are flung from the car and land on a dead tree branch overhanging a deep canyon. To save the actors, Mr. Peanut decides to let go of his grip and falls to his death hundreds of feet below.

But wait, there’s more. Planters has a follow-up spot set to run during the pre-game events and third quarter of Super Bowl LIV in Miami. It will “broadcast” the funeral of Mr. Peanut.

Since I don’t claim to be an expert in branding or the role of comedy in advertising, I turned to two experts to ask their opinions…

Appearing in Ideas, In the Media, Our POV

Webinar: How Companies are Engaging Employees During COVID-19 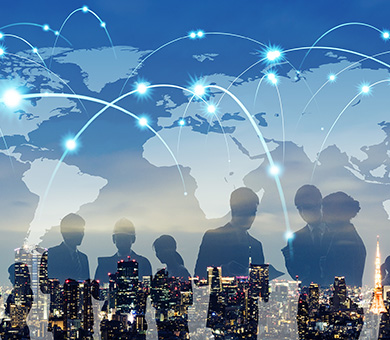